Have you ever wondered why do your body and mind feel lethargic and disoriented after a prolonged period of being bedridden?

“Prolonged inactivity’s of the lower extremities can cause more damage than good” - This statement has been proven right after numerous experiments and studies conducted worldwide.

There is a straightforward and compelling reason for such a claim. These long periods of insufficient use of the leg muscles cause muscular atrophy and stagnancy in the Neuromuscular functioning’s.

How does leg movement affect the neural well-being of an individual?

Researchers and experts have studied the relations between leg movements and neural functioning’s in Mice for a long time. To understand how neural ailments and diseases like Multiple Sclerosis progress and deteriorate over time, the human study based on case histories was not a very successful scenario.

The study conducted on Mice gave a very definitive picture about how much Leg movement and Neural Functioning of the Brain are codependent on each other.

Physical exertions and movements are a result of constant to and fro receiving and sending of motor signals. This is called Neurogenesis. This continuous activity results in the formation of new nerve cells at a very rapid speed.

The production of nerve cells, also known as Neural Stem cells, has been noted to decrease at a rapid rate in those individuals who have limited or reduced mobility in their extremities. This is the reason why bedridden patients tend to develop rapidly declining brain conditions.

Another conclusion state that the load-bearing capacity is greatly reduced due to a lack of exercise in specific individuals. This statement is particularly pointed towards the patients suffering from Neurological ailments and Astronauts who have recently returned from a Zero Gravity environment.

Read Also: 9 Tips To Keep Your Feet Safe During Cardio.

How vital is Exercise for the wellbeing of the Neuromuscular functioning of the body?

Videos posted by famous Astronauts from the International Space Station often have a particular segment that involves their workout routine in space and their Gymnasium.  Most of the apparatus and instruments in the Gymnasium are specially designed and created to concentrate on the Leg Muscles' exercise.

Leg Muscle exercise prevents muscular atrophy, one of the primary disadvantages of being in zero gravity for a long tenure. The reduced muscular volume also means weaker lower body weight-bearing capacity, as mentioned before.

Exercise requires a constant and certain amount of stress and strain. The continual sending and receiving signals between the muscles and the brain via these neural transmitters helps in faster regeneration and development of the Neurons.

“A vehicle in use is always more productive than a vehicle on display.” This statement holds a deeper meaning. When a particular thing is in regular use, it tends to automatically function in a much smoother and fluid manner than anything that is rarely used.

When the leg musculatures are in constant movement, the joints and muscles develop better workability. Additionally, as calories are burnt, oxygen intake capacity is increased tenfold at a cellular level.

This improves blood circulation and neural activities from the lower half of the body to the upper half. Strengthening the musculature aside, exercise also improves the overall emotional wellbeing by modulating the hormonal balance.

What kind of Leg exercises can Improve Brain Health?

There is no limitation on what exercises can be done and whatnot. However, there are a few particular exercises that have been indicated as some of the best choices. These includes -

Stretching of the Hamstring Muscles

The flexion of knees and adjoining areas are greatly dependent on the Hamstring movements. Stretching them regularly improves mobility and strengthens the lower back region. The hamstring stretch is also believed to improve Athletic Performances by delaying the onset of Muscular soreness also known as DOMS.

Various Calf raise exercises are functional in improving the overall wellbeing of the lower body. In addition to the improved and better strengthening of the bones and muscles, these exercises promote the aerobic activities in the muscle cells.

Water Exercises have been known to improve the Gait functionality in patients with Neural and muscular disability. Especially effective in reducing spasticity in Paralysis patients.

Elliptical exercise promotes aerobic activities in the body. In addition to improving the capacity of the heart and lungs function, it also promotes increased neural transmissions between the lower extremities and brain.

In addition to these exercises that improve Leg strengthening and Brain Functionality together, Walking and Running are also of great help. Dedicating 60 minutes each day to workout and exercise routines can show marked progress in the improvement of Brain Functionality and improved strength of the musculature.

Many even believe that exercise tends to promote reverse aging as it helps in rapid and increased production of cells and expulsion of toxins from the body.

Read Also: How To Exercise During A COVID-19 Pandemic. 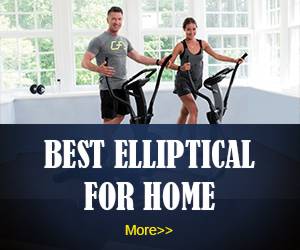 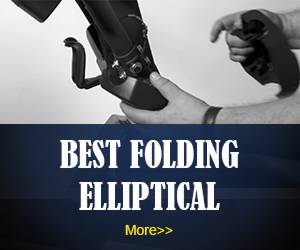 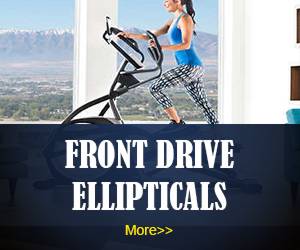